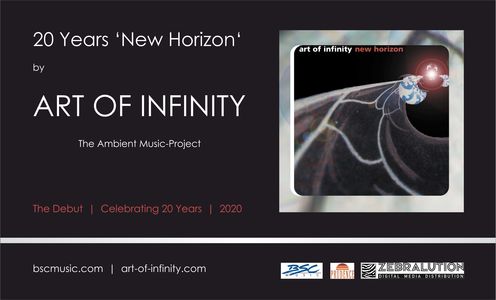 In 2000 the debut album "New Horizon" by Art Of Infinity was released. With the 21-minute long track "Evolution", a musical journey through the ages, the German ambient duo Thorsten Sudler-Mainz and Thorsten Rentsch released a masterpiece on it, which has lost none of its magic even 20 years after its release.

On the EP "Evolution" the longtrack was released in 2014 in four separate parts. With the video "The Creation (Evolution Pt. 2)" for the 20th anniversary of the debut album, ART OF INFINITY will present once again in 2020 what the duo's music has been about on the four released albums so far.

Atmosphere and bombast are brought together in "The Creation" with angelic singing and choirs, which are wonderfully staged by singer Eva Wolf. Of course, virtuoso Matthias Krauss, who has participated in all ART OF INFINITY productions, is also present.