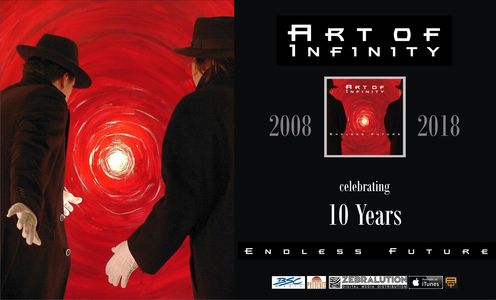 In 2008 ART OF INFINITY released their third album "Endless Future". It is perhaps the most demanding work of the duo Thorsten Sudler-Mainz and Thorsten Rentsch, on which the progressive idea of Ambient was most consistently implemented.

"It feels like a soundtrack to a widescreen otherworld movie." (Get Ready To Rock, UK)