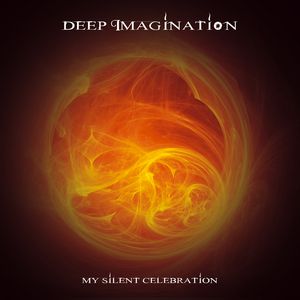 DEEP IMAGINATION's fifth album comprises eight tracks, which mastermind Thorsten Sudler-Mainz produced in 2 years of loving detail work in the band's own Imagination-Studio near Frankfurt/Germany. The album title "My Silent Celebration" is symbolic of the power of creativity. You can hear on this album how much heart and soul was put into every single second of this production.

Besides well-known guests, new guest musicians like singer Torsten "Hardy" Hartmann or guitarist Achim von Raesfeld were integrated into the atmospheric sound cosmos of DEEP IMAGINATION. Pieces like the melodic opener "In My Memory", the hymnic "Longing For Peace", the gothic reminiscence "Coming From The Cold" or the progressive ambient long track "Burning Sun" make this album perhaps the strongest output of DEEP IMAGINATION so far.

Thorsten Sudler-Mainz presents a work that pays homage to the formative influences of acts such as Dead Can Dance, Pink Floyd or Depeche Mode. With an imaginative concoction of tribal ambient soundscapes, ethereal goth and artrock, "My Silent Celebration" is an album that reflects the entire work, on which the German musician spans an arc from his beginnings in the 80s to the here and now. (BSC Music/Prudence)